After a slow start, Titans came through late after a game that ebbed and flowed throughout.
Errant finished contributed to an early 11 point deficit, before a nine point run aided a recovery before ending the first quarter 12-16 behind.
The visiting Warriors kept their noses in front, through most of the second period,before a stunning 9 point burst in the final minute nudged Titans in front 31-30 at half time.
Titans kept the momentum early in the second half, until the game changed direction again, This time it was the hosts turn to go on a run, regaining the lead and extending their margin to 49-40 going into the final quarter.
Titans turned up the defensive heat in the fourth in a bid to turn the tide, and finally clicked into gear, and dominated the period with a 22-5 run to take an eight point lead into the final seconds and eventually running out 62-57 winners.
Charles Olowe top scored with 15 points, Aldo Memoli added 14 with Matt Waley, Roberts Krasovskis and Tope Odu chipped in with 7 points each. 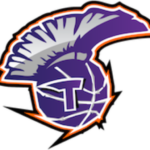 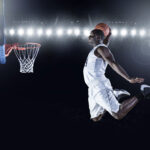